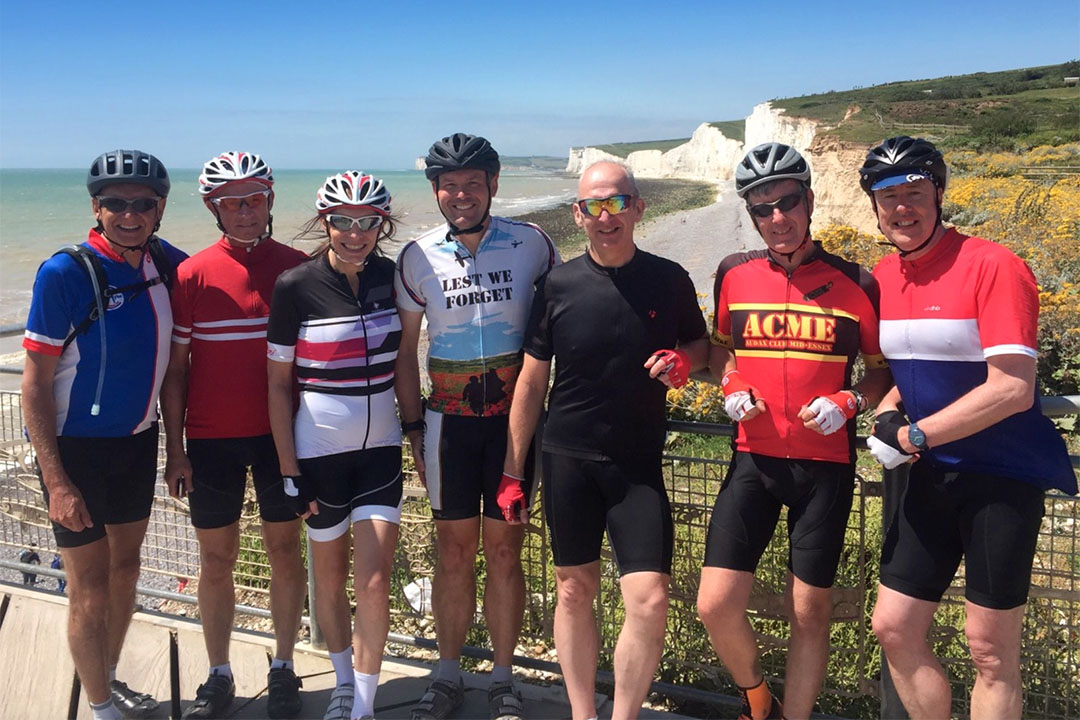 The August feature ride to Birling Gap, added a new twist to the regular monthly summer feature rides. A longer than usual ride (126 miles, 5,600ft) was introduced, to add variety to an already wide range of routes offered by the club.

As with all HCC rides, weather was arranged to be warm, sunny and of course dry. We had a keen tight group of 7 riders, who mustered the energy to embrace the 8.00am start with a second collection point at Aldington at 8.40am for people living closer to Ashford. The day started warm and got warmer, but thankfully most of the first part of the route was though the great English countryside – and while the sun tried its best to fry us, the tree lined roads and local greenery  afforded much welcomed shade.

First refreshment stop at Battle Deli Coffee shop provided excellent food with quick service, along with safe bike parking and fuelling options ranging from flapjack and coffee….to pies! (proper long range fuel!). After that short break, we were off to the destination of the day at Brling Gap.

Arriving at the slightly surreal setting on the cliff edge (houses lost to the sea) it was time for the compulsory photos at Birling Gap. No tiredness on any faces (and they say the camera doesn’t lie) 😆 it did appear to be quite calm, but, a bit like the Romney Marsh – even on what appeared to be an idyllic  summers day, there was a wind whipping around the cliffs – little tip – if you are going to eat outside here – tie your plates, and anything else that might easily take flight, down to the table.

With approximately half the ride done it was time for the steady climb out of Birling Gap, which, as expected, stretched out the field. After regrouping at the highest point it was time for he big descent into Eastbourne. Down into the town and another regrouping by the pier….the next stop…ice cream! (is this a cycling or eating trip?). But, no! – planned ice cream parlour stop was closed. The biggest stress of the day was now on 😊 the search for ice cream. Thankfully there’s always an ice cream van when you need one (cheers Chris we needed that) refreshed and rejuvenated the push home continued.

With just one more stop to top up with water we were heading back to familiar territory, and at Appledore the group split company with the Ashford based riders heading north and the remaining riders east, the two groups went their separate ways to home. A long day in the saddle – great company, thanks all.

Many thanks to riders Jane, Mark, Andre, Martin, John and of course Paul who kindly rode sweeper, for making it such a safe memorable ride.

And thanks to Chris for taking the time and trouble in planning and checking out a new route (Ed.)

More Feature Rides are to be arranged for next year and it is hoped that more club members will be able to enjoy them. Maybe next year we will stretch the mileage a little further for the longest club ride of the year, if there are enough  requests for a greater challenge. 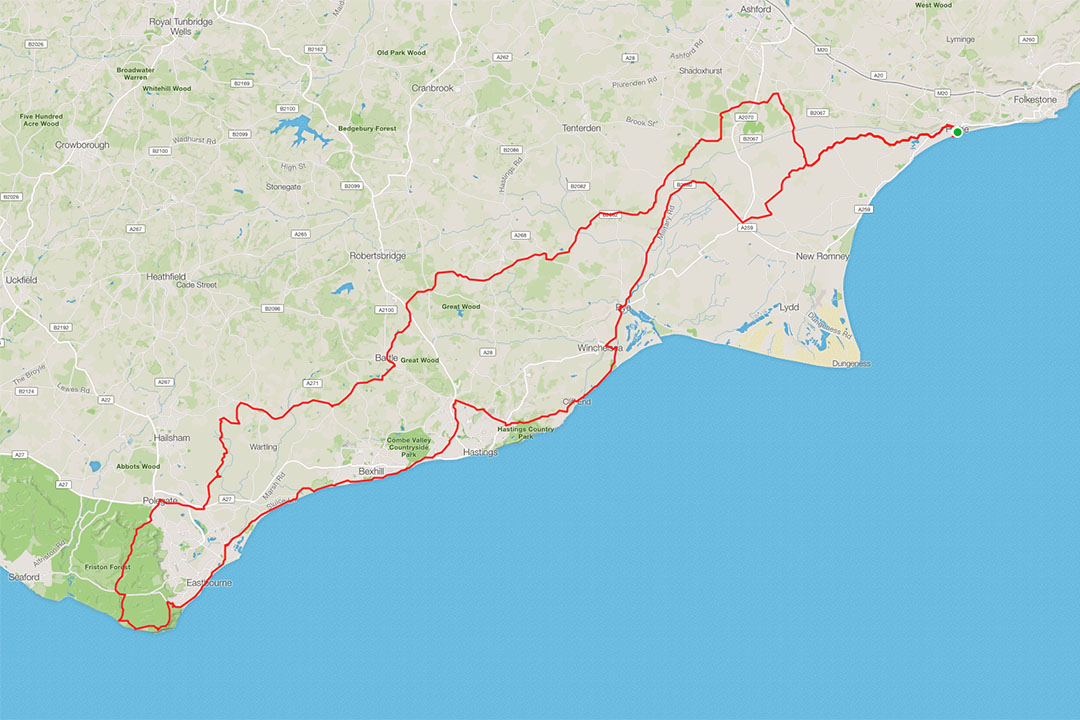